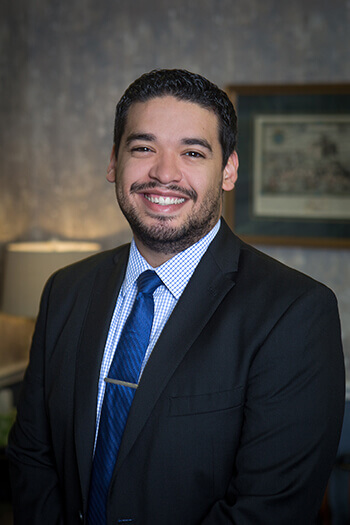 Dr. Manuel Pazmino, Jr. wasn't born a dentist, but it was his destiny. His mother was pregnant with him during her last year of dental school, and he grew up in a world of dentistry - his mother is a dentist and is father is a master dental technician.

As a youngster, Manny began washing models, and every summer was spent doing things around his mother's office. By his early teen years, he was assisting and scheduling patients. During his time working towards his undergraduate degree, he worked as a dental lab technician. "With the exception of dental hygienist, I have been in almost every position in the dental office," says Dr. Pazmino. He has also been building and programming computers since age eleven. Dr. Pazmino was born in Hoboken, NJ. He is a first generation American with Cuban ancestry. He earned a BA degree in Biology and Psychology from Rutgers University and the New Jersey Institute of Technology. He then received his DDS degree from New York University College of Dentistry.

He met his wife, Breya, in dental school and they moved to Maypearl, Texas, soon after graduation.

About Us Meet Dr. Breya Meet the Team Tour Our Office View Our Services